Why I’m Done with Goals 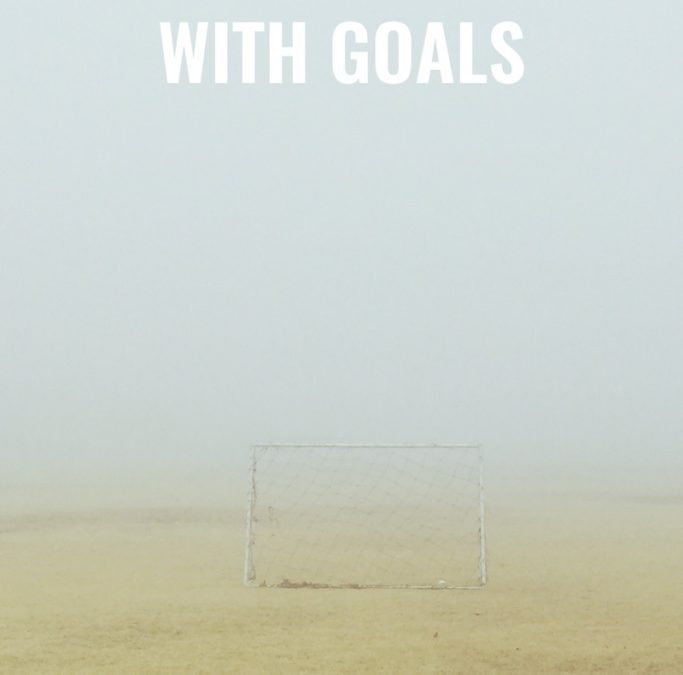 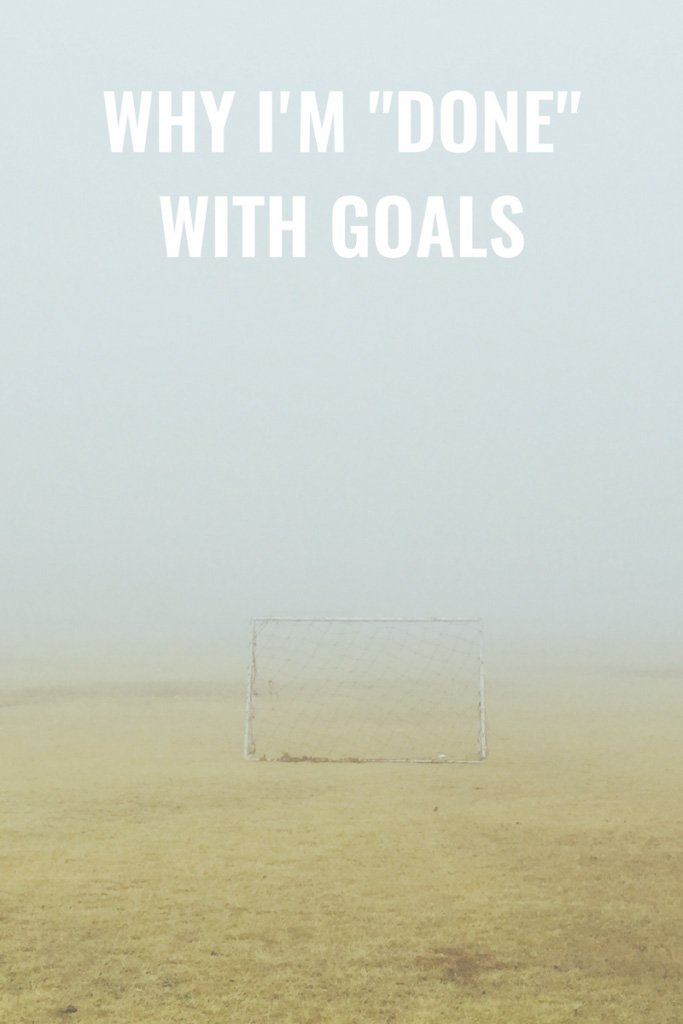 Now, I’ll be the first to admit, this probably seems counterintuitive coming from someone who runs a business.

Aaaand, if I’m being real, it even runs counter to some of the advice I’ve given women business owners—especially in relation to pricing their services and valuing their time.

But, for the moment—and perhaps for forever—I’ve decided I’m done with goals. Here’s why.

It’s Easy to Become Enslaved to Them

From my experience, once you establish goals, it’s easy to become enslaved to them. Why? Because goals are generally metric specific with an ending deadline—especially when you’re talking business goals. So, whether your goal is to generate a certain amount of income, sign X amount of new clients, or gain 500 new social media followers, there’s pressure to get it done NOW before the impeding deadline.

And, sure, there’s definitely a difference between realistic and unrealistic goals. So let me clarify that I think it’s just as easy to become enslaved to “realistic” goals, as well as the “unrealistic.” Even goals that are very attainable and realistic can have you feel “enslaved” when things in life don’t turn out the way you planned…

For instance, earlier this year, my daughter had a serious crisis that had her needing almost all my attention. This coincided with carrying out my free Tax Deduction Workshop series, as well as the tax-season opening of Tax Deduction Clinic. I moved dates around and worked late hours to accommodate both. And while the Free Tax Deduction Workshop series & the Tax Deduction Clinic were well-received (and fun to conduct!), the goals I’d originally set were no longer feasible as so much else in my life had altered. Even though I mentally knew the circumstances had changed, having those original goals in existence influenced me to to finish things out  at a cost to my stress-levels.

While my example may be an unusual, larger-scale illustration, it’s easy to become enslaved to goals on a much smaller level too. For instance, maybe your goal is to sign five clients ever month. Well, what happens when you have a slower week? Have you ever felt obligated to work harder? Push harder?? Work after the kids are in bed??? Stop doing your workouts so that you can spend more time getting that last client or two to meet your goal before the month ends?  Yep. We’ve all experienced some version of this.

So that’s reason #1 I’m currently done with goals. Moving on…

Goals (Often) Keep You from Living in the Present

Establishing goals in and of itself outlines what you should be doing to reach those goals. But I find the working towards the goals piece to charge steeply when it comes to being present and living in the moment.

If I had a dollar for every time I’ve said to someone, “Oh, when I finish this (work) project, I’ll be free,” or, “After this (work goal) ends, we should schedule something,” I’d be a wealthier woman. 🙁

Now this is a slippery concept because I very much believe in honoring work you need to do. But, when your focus becomes so intent on a goal that you start missing outings with friends, don’t hear what your kid is saying, or are not consciously aware of what you’re eating, then you’re not living in the present.

Personally, I want the emotional weightlessness of being present. So that’s the second reason I’m currently over goals. Lastly…

Goals you establish for yourself are inherently subjective and somewhat arbitrary.

Who’s to say another goal isn’t better? What if stopping halfway through and, instead, following a gut intuition makes you more money? What if dropping something because it doesn’t “feel right” means yes, you don’t meet that goal—but a month later, you get an inspired idea and obtain something you’d never have even thought of without letting go of the previous goal?

A lot of our society is based on FOMO culture. When you compare yourself against something you envisoned, let alone against what peers are supposedly doing, it just does bad things to the psyche. (Ask any mom since Pinterest came about).

For me, I’m currently thinking if my goals are self-generated (with a dash of FOMO influence), why not just forgo the whole “goal” thing? So that’s the third reason I’m currently done with goals.

I realize goals can do great things for people and businesses. Having goals certainly establishes clear outcomes and makes it easier to define success. For the majority of my life, I’ve worked with goals–establishing them, reaching them, sometimes surpassing them…

But I’ve been experiencing a frictional shift for the last bit, and am definitely “done” with goals. Instead, I’m preferring to move in a general, positive direction. No set outcomes or deadlines. Focusing on doing what I love, helping people, and creating a great life.

We’ll see if it’s a seasonal or forever thing…

Anyhow, Over to You

What’s your experience with goals? If you’re willing to share, I’d love to hear how they’ve helped or hindered you below!

I'll help you work from a fiancially empowered place! 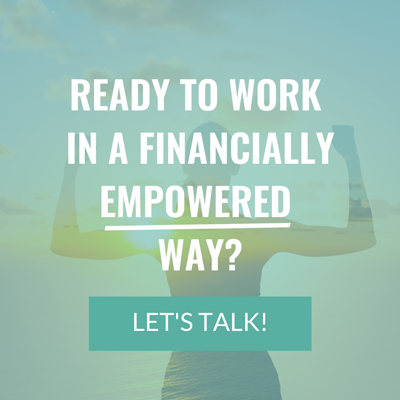 TO GET FREE FINANCIAL TIPS FOR SMALL BUSINESSES

Please enter your email below -- then check your inbox!

Thank you for subscribing! Please check your email to confirm your subscription.

Please enter your email below
and then check your inbox.

Thank you for subscribing! Please check your email to get your Checklist of the Top 73 Tax Deductions for Small Business Owners.

TO DOWNLOAD YOUR CHECKLIST OF THE TOP 73 BUSINESS TAX DEDUCTIONS

Thank you for subscribing! Please check your inbox for your email from erin@erinarmstrong.com.

Please enter your email below
and then check your inbox.

Thank you for subscribing! Please check your email to confirm your subscription.